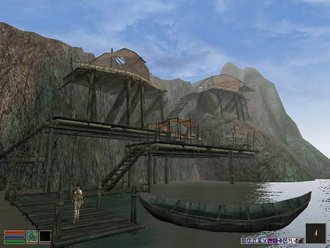 In the summer of 2002 I stumbled across a game that would reinvigorate my creative juices and reconnect me with my love for storytelling.  For six years prior, the only writing I had done was writing code.  I had been a full time student of computer science, striving with great difficulty to acquire a degree in computer programming (a field I frankly had no business being a part of).  But when the Elder Scrolls III released with the complete developer's toolset, I was awed.  I don't think I ever finished the actual game, for I was completely absorbed by the creative process; world building and character development, storytelling, and yes, coding (it was my college major, after all).

My goal all along was to make a career out of game development, preferably on the side of storyboarding and writing, the programming degree simply a means to an end.  When I started with the Elder Scrolls construction kit (TES, as it is called) and began developing, I soon realized the overwhelming complexity of such a solo endeavor.  But I pressed on, and with no lack of snarky humor, bad writing (mainly due to a lack of time), and slap-dash building, I gave myself a crash course in game design.  I'll admit, when I first started tinkering with TES my goal was simply to self-educate.  I had no story in mind, nor did I ever envision anyone actually playing the game.  Hence the "Swamp of Eternal Stench" making a cameo, and the king having the name Humperdink, and a wizard atop a bridge forcing you to answer, "these questions three," before allowing you to pass.  The game was filled with movie references and grammatical flaws, bugs, and cut and paste buildings from the original (a necessary evil as to uniquely construct everything from scratch would mean I would still be developing this game to this very day).  But quickly I hit my stride and couldn't stop until I had a full-fledged game that was completely my own. 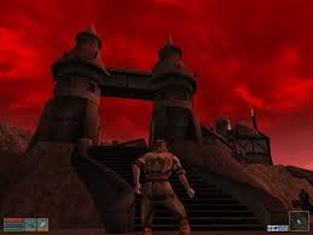 In hindsight I regret not taking it more seriously from the get go.  Many who played the game complained about the poor grammar and tongue-and-cheek humor, and everyone seemed to loathe the reproduction of existing architecture (I suppose I could've partnered with someone instead of trying to tackle this enormous project solo), but those who looked past all this became rabid fans, touting its scope and story and creativity.

Over a year after starting out on this journey to create a total conversion (or near total) game, Sword of the Perithia was complete.  Eventually it was highlighted in several gaming magazines and was featured on Blue's Clues and various gaming websites.  It was applauded and despised, loved and hated.

Not long after its publication I became realized in the simple truth that I would never work in the video game industry.  I took a job in computer networking and started my career, but always was SoP in my thoughts.  It became a bit of a compulsion that consumed my idle time; drives in the car, time in the shower, daydreaming episodes, etc.  I would fantasize about how, if I could do it all over again, and do it "right", I would retell this story and revamp this game.  Surely the story would not be so bland and "gamey" (for lack of a better word), nor would it be so campy and littered with clichés and juvenile humor.  And through these introspective sessions the story took real shape.  Where the original storyline was simple and fundamentally designed to be played in game form, the story I yearned to tell was much deeper, rooted in real issues that plague us even to this day. 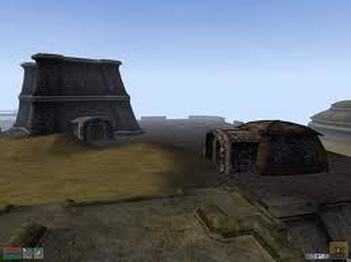 Years later I was inspired to actually sit down and write the story, a story I always wished I had told via TES.  It began as a sort of Cathartic release.  Simply putting pen to paper, so to speak, was therapeutic, but as before with the game, once I hit my stride there was no slowing down.  Still, it took me three years to write; three times as long to properly tell a story that I had, a decade prior, crafted into a full-fledged video game in a little over one year.

In the end I was left with the story I always wanted to tell.  A story that really could've been told in any setting.  The distant future, present day, a parallel universe, but the choice to keep it fantasy and medieval was ultimately an easy one.  For starters, the game I had developed was fantasy and there are no lack of homages to that game throughout the story (though the story itself differs wildly).  Secondly, I love fantasy, plain and simple.

I wanted to create something that simultaneously felt familiar to fantasy enthusiasts, though at the same time felt unique and fresh.  Something that played off the traditional tropes and archetypes, while bent those ancient rules near to the point of breaking.   Did I succeed?  You tell me.