Hijacking your neural pathways one word at a time 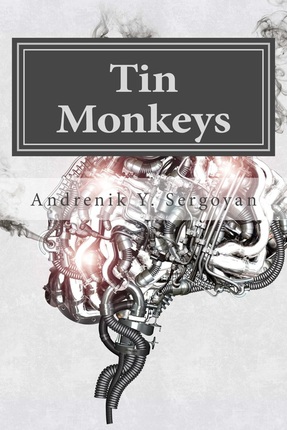 Paperback available at Amazon.com,  or download for Kindle HERE

Bill Singer is a horrible person. He drinks too much, takes too many pills, screws every woman he can, and has a general disdain for the human race not seen since Vlad the Impaler. His only saving grace is he’s incredible at his job—a special investigator with the FBI. But when Bill’s longtime partner and only friend is tragically murdered, his myriad vices are kicked into overdrive and soon even his decorated career winds up in jeopardy.

In an attempt to refocus the addled Agent Singer, he’s assigned a new rookie partner—a crafty idealist by the name of Anne Goodwin. If working copasetic with a woman isn’t alien enough, working with one smarter than him could prove downright disastrous! And their first assignment—arguably one of the most bizarre cases in the Bureau’s history—involves a missing Nobel Prize winning physicist who’s remains have turned up inside an aluminum foil wrapped, booby-trapped compound, deep in the remoteness of the Ozark mountains.

As they quest to discover the truth as to what befell the physicist, Agents Goodwin and Singer are lead headlong into a metaphysical world of impossible science and otherworldly possibilities with regards to the true place of mankind in the universe. What at first seems a case of a mad scientist fallen prey to one of his own outlandish experiments, soon proves to be something much more sinister—a revelation that will change Singer and Goodwin forever. 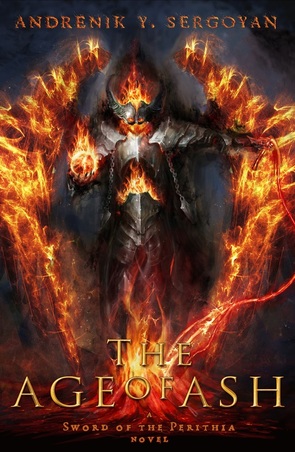 Paperback available at Amazon.com, or download for Kindle Here.
​
"In time, they will forget us. In time, the supplicants will kneel before false idols and wash their hands in the blood of industry. In time, revenants of The Four will exist only in legend. And when that time comes, they all shall be tested by the Fires of the Underdark…”
Abbraxis, Perithia of Fire, Lord of the Underdark, and Penaceer of  the Dead

Since time immemorial the people of Antesia have been forced by lash and flame to adhere to the holy covenants of their gods, the Perithia. Their dogma, passed on by the mighty Aegantine Church, had left them segregated from all who dwelt outside their kingdom. To those beyond their borders they were but a queer oddity, though one no foreign army challenged, for the Perithia had long ago gifted them with an indomitable weapon unbound by the laws of this world, a weapon only the gods’ sole scion, Aegis, could wield, and wield it he would against any nation who dared enter their sacred realm.

Such divine protection comes at a cost, though. The gods demand unquestioning obedience. To deny them is to face death at the hands of The Church. But late in the Fourth Age the kingdom finds itself on the brink of unprecedented change. The church’s stranglehold wanes under the rule of an ambitious king. And with his new maxims, the people begin to question the ken of their gods—to question their very existence. Even worse, as if in direct defiance of the gods themselves, their high protector, Aegis, suddenly abandons the Sword of the Perithia and mysteriously vanishes, leaving Antesia without a champion.

As the kingdom searches for answers, a moon of fire rises into the sky—a vatic sign that cries hark to their end. In desperation, all eyes turn to the gods they once served, but the gods’ voices no longer ring out, the fires atop their towers have gone dark; the Perithia it seems, have vanished along with their child.

Like lambs unguarded in a den of wolves, the war machines of distant lands begin to churn with insatiable hunger. To the west, an unlikely pact unites warring elven tribes in a march against Antesia. In the south, shadows stir beyond The Great Divide—an ancient army long thought destroyed by Aegis eons ago. And beyond the Silent Sea to the east, Antesia’s long fought enemy, the kingdom of Shay, turns its eyes upon their unprotected shores.

The first in an epic series, The Age of Ash follows the tales of four unlikely heroes who’s fates are intertwined by destiny: A young fisherman discovers a dangerous truth that will forever change him and the powerful religion their nation is built upon. A forbidden lover to the head of the mighty Aegantine Church must find the courage to reveal a family secret that could lead to her ruin, though perhaps the salvation of their kingdom. A young girl is separated from her father when she manages to escape capture by an encroaching army, and finds herself as the only one capable of warning the king of the coming threat. And her father, prisoner to the evils she'd just escaped, must find himself freedom in order to reunite with his child, and in the process discovers the unbelievable truth surrounding the gods they serve.
Paperback and Kindle editions available at Amazon.com. 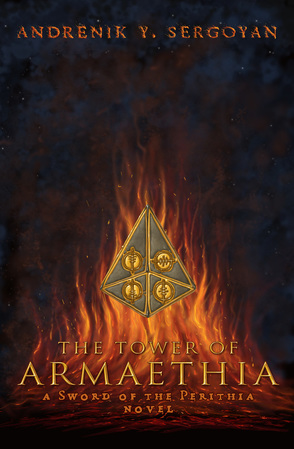 In the thrilling sequel to the inaugural fantasy epic, The Age of Ash; The Tower of Armaethia transports us back to a segregated kingdom enthralled by mysterious gods and the immortal precepts of the faith who worship them. With the disappearance of the gods’ only child and high protector of the realm, the kingdom’s borders lay exposed to the evils of the outside world. And the signs are clear. A moon of blood and fire paints the sky, crying hark to their end. But thanks to the warning of Piper Kausting, the kingdom knows exactly what form their headsmen will take; a dark army of united elven tribes who are already on the warpath. Her message delivered, all Piper can do is wait behind the high walls of Dragonhold; wait and pray those high walls are high enough; wait and pray her father, prisoner to the approaching army, will find release.

As war looms in the west, far to the east, hope is reborn. Daniel, having discovered the blood of the gods flows through his veins, sails towards his destiny. Kept company by his warden, Amond, and new companion, Kyya, they embark on a perilous quest to reach the mythic Tower of Armaethia where the fabled Sword of the Perithia rests, and with it, take up arms against the enemy that threatens their world. But the journey won’t be easy. The treacherous mountains of the north and the land of the giants stand between them and their goal.

As the final pieces fall into place and the stage is set, so dawns the last war of the Fourth Age. Without a hand to master it, the Sword of the Perithia will forever lay dormant, and the holy realm of Antesia, wiped from the pages of history. 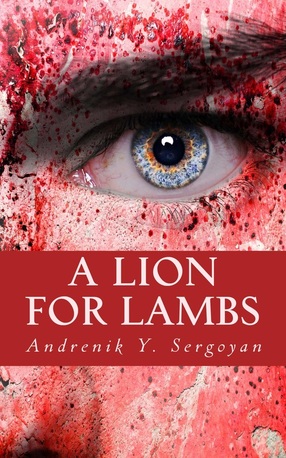 Paperback available at Amazon.com and on all digital platforms

When a tormented man’s dysfunctional life completely unravels, finding God becomes his curse rather than his cure. Soon he’s unable to discern between reality and illusion, between what he feels to be the Will of God, and his own dark desires.  For just as Abraham before him, God commands the unthinkable.

A Lion for Lambs plumps the horrifying depths of a mind enraptured by the “Will of God.” Lunacy or terrible reality, his horrifying journey will have you questioning the very essence of faith and asking yourself; What if I heard His voice? What if He asked me to eat of that truly forbidden fruit? Would I listen? Would I obey? Or would I drown the voices with pills and bind them with straightjackets? 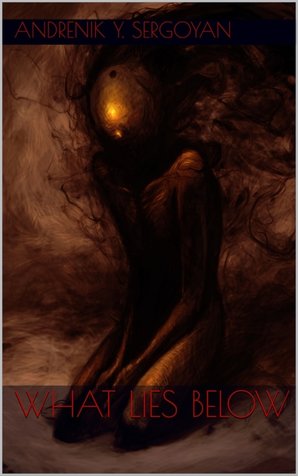 Available on Kindle HERE
​
No one knew where it came from. Perhaps it had always been; an impossibly deep pit that long had been the black heart of their village. Each year during the winter solstice, the elders bound a virgin to the altar and lowered her into its depths, an offering to the beast that dwelled below. But when Tybier’s betrothed was chosen to make the descent, he decided the time of the beast was over. Sword in hand, he delved into the cellar of the world to slay the beast, but what he found in the deep proved more terrible than anyone had imagined. 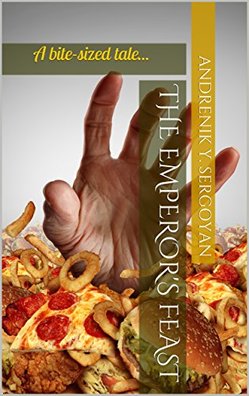 Available on Kindle HERE
​
Food is all Oliver has ever known. It’s all he’s ever wanted. It drives his every thought, every desire. And his only goal in life is to eat as much of it as he can and grow as enormous as he can in the hopes one day he might stand (or rather sit) before the great mountain of girth, that is Emperor Leopold.

Every morning his servant wheels him out to the feasting hall where he gorges on all manner of delectable treats. Then it's back to his room to watch food flicker by on the picture box while enjoying an after-breakfast snack. Then a nap. Then lunch. Another nap. Some more snacks and more food up on the picture box. Day in, day out, the routine never changes--and Oliver loves it!

But when suddenly he stops growing, he's flung into a sea of depression and panic, forced to take desperate measures, else risk withering away to a size befitting the help. That cannot happen!

The Emperor’s Feast is a twisted tale of gluttony. A story where the norms of our world are flipped on their ear. A tale where beauty truly lies in the eye of the beholder and one man’s hell is another’s heaven. If nothing else, if you're struggling to lose a few lbs. this story is guaranteed to stave your cravings for at least a week!